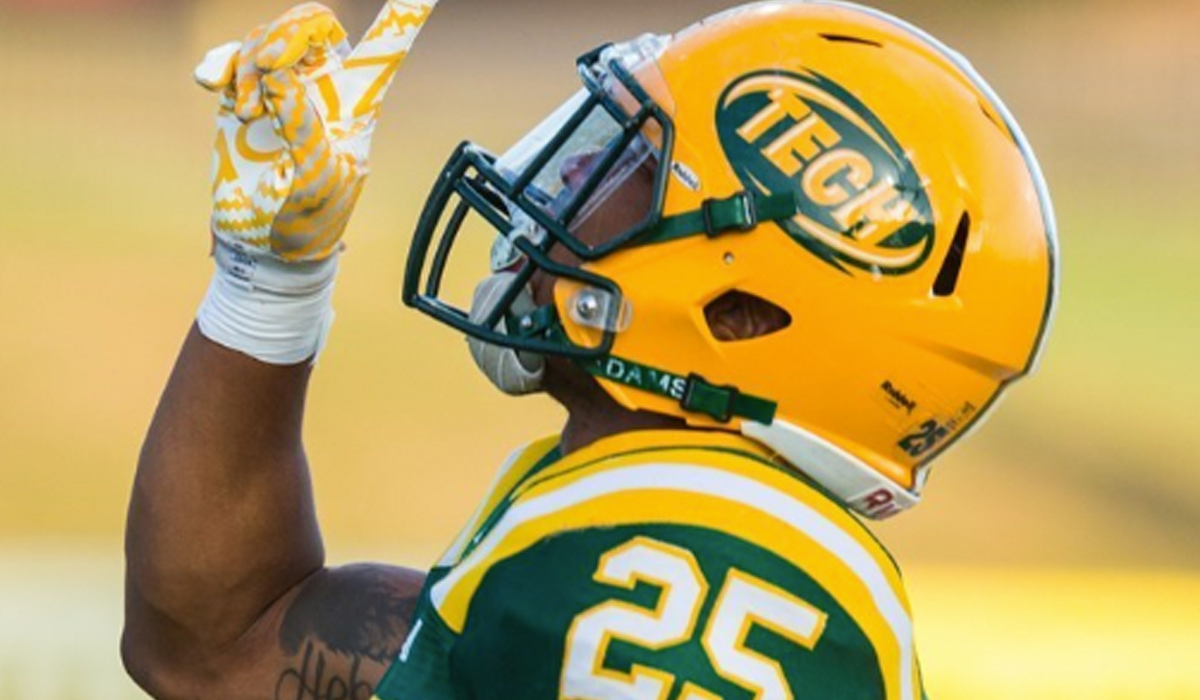 Bryan Allen, Arkansas Tech, RB, Sr.
Allen is a consistent force in the Wonder Boys’ backfield and has the potential to pick up many yards on a given Saturday. The senior rushed for nearly 1,000 yards last season and has led ATU in rushing yards in each of his previous three seasons.

Devyn Comer, Harding, DL, Sr.
Much is said about the option offense the Bison perennially run, but the defense does its part year-in and year-out as well. Comer takes up residence in opponents’ backfields. The senior posted 8.5 sacks and 14.5 tackles-for-loss and forced three fumbles in 2017. He even ran back an interception 68 yards for a TD.

Kierre Crossley, Central Arkansas, RB, So.
Crossley was one of the top rushers in the Southland and earned Freshman of the Year honors last season. He is capable of putting up huge numbers, as he rushed for more than 7,000 yards in three seasons at Everman High School in Texas.

Allie Freeman, Ouachita, WR, Jr.
Freeman is poised to be the next top receiver in the GAC. For the conference champion Tigers, he led the league in receptions (70) in 2017 and racked 928 receiving yards, nine TD receptions and averaged 13.3 yards per catch.

Justice Hansen, Arkansas State, QB, Sr.
One of the best passing quarterbacks in the country on any level. Hansen was the 2017 Sun Belt Offensive Player of the Year and set A-State and Sun Belt records for passing touchdowns and total offense. When 2018 is done, there may not be any school or conference offensive records that don’t have his name on them.

De’Jon Harris, Arkansas, LB, Jr.
Harris led the Razorbacks in tackles with 115 and had 8.5 tackles-for-loss and 3.5 sacks. He’ll need to put up those numbers and more again in 2018 and get some help from his teammates as the performance of the defense will be big in how well Arkansas fares

Christian Jefferson, Arkansas-Monticello, S, Jr.
Jefferson is quick to the ball and knows what to do when he gets there. As a sophomore, he led the team in tackles, as well as interceptions, fumble recoveries and forced fumbles.

Titus Nelson, Lyon, RB, So.
Nelson was another freshman to set the pace for his team in rushing yards. The then-freshman also recorded 11 rushing TDs for the Scots, who are headed this year into a new league (SAC) and with a new head coach (Casey Creehan). Nelson could carry some momentum into 2018, having scored four rushing touchdowns in the season finale against Texas College.

Barrett Renner, Southern Arkansas, QB, Sr.
Renner has led the Muleriders to 23 wins and a bowl game in three seasons. He will most likely top the 10,000-yard passing mark in his first 2018 game, as he has thrown for 9,905 for his collegiate career. With some key targets from last season gone to graduation, Renner will be looking for new faces to try to get SAU a playoff berth in his senior campaign.

Miles Thompson, Hendrix, QB, Jr.
As a sophomore, Thompson obliterated the school’s single-season passing records. Of note, he threw for 3,472 yards, 37 touchdowns and completed 65.6 percent of his passes. A betting man would have taken the ‘over’ every time the Warriors took the field last year, so Thompson’s numbers were important.

Keyshawn Williams, Arkansas-Pine Bluff, RB, Sr.
Williams accounted for much of the offense last season as the leading rusher and leading scorer (non-kicking). The senior also had multiple receptions in every game in 2017 and topped the 100-yard rushing mark three times.