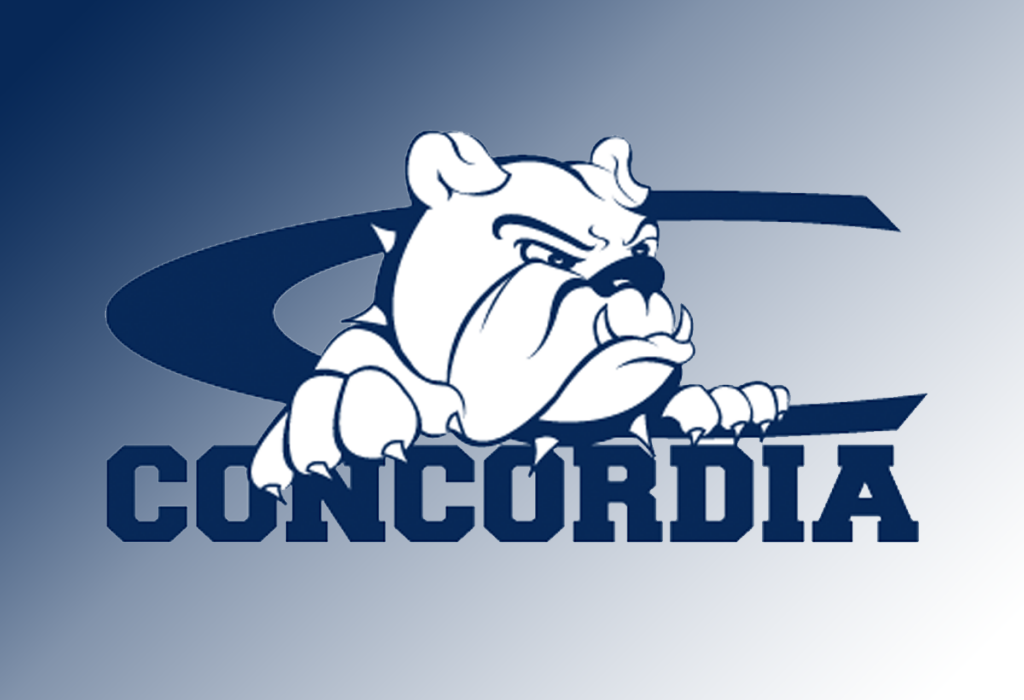 SEWARD – Dominant would be an understatement. The top-ranked Concordia University women’s basketball team just about pitched a shutout in the opening quarter while rattling off the first 37 points of the opening evening at the 20th annual Cattle Classic. The Bulldogs forced 20 Simpson University (Calif.) first-quarter turnovers and coasted to a 123-45 victory on Friday.

Fourteenth-year head coach Drew Olson’s program has become accustomed to overwhelming overmatched foes. It was clear very early in the night that Concordia was about to move its record to 3-0.

Amazing Grace Barry poured in 15 points in the first 10 minutes and was, at one point, tying her shoelace in the middle of play. That pretty much summed up how this one went. It’s hard to win a track meet against a deep roster and talented roster like the one the Bulldogs possess. The script was essentially to cause havoc defensively, score in transition and repeat. Simpson did not score a single point until the final few seconds of the opening quarter.

As one would expect with the lopsided nature of the game, it became a showcase for Concordia’s reserves. Plenty of them took advantage of the opportunity. Off the bench, Claire Cornell (13), Delani Fahey (11) and Taylor Farrell (11) each reached double figures in scoring while Rylee Pauli and Taryn Schuette swiped four steals apiece. Collectively, the Bulldogs knocked in 16 3-point field goals.

“Everyone contributed and I think that’s what made it more fun,” Cornell said. “We were able to get the first, second and third string out there and you could really see how practiced carried over into the game. Everything just worked really well.”

It was a mostly restful night for the starting five – none of which played more than 11 minutes. Among them, Colby Duvel (11) and Mackenzie Koepke (10) joined Barry with at least 10 points. Barry converted 7-of-8 shot attempts and added three assists and a pair of steals. Philly Lammers collected eight points, five rebounds and four steals. Eleven players in white jerseys notched eight or more points.

The Red Hawks (0-3) came all the way from Redding, Calif., to be part of the Cattle Classic. A member of the NAIA’s California Pacific Conference, Simpson went 18-12 overall in 2018-19. Ellie Hamel’s 11 points led the way for the visitors on Friday. They will get another shot at a GPAC foe on Saturday when they take on Doane (0-2).

The 123 points are believed to be a school single-game record. The previous high noted in available data was 121 points in a 121-72 victory over Johnson & Wales (Colo.) at the 2012 Cattle Classic.

The Bulldogs will return to action to close the second day of the Cattle Classic in what will be a matchup of top 10 teams. Concordia and ninth-ranked University of St. Francis (Ill.) will tip off at 3 p.m. CT on Saturday. In their first game of the weekend, the Fighting Saints (1-0) routed Doane, 80-42.