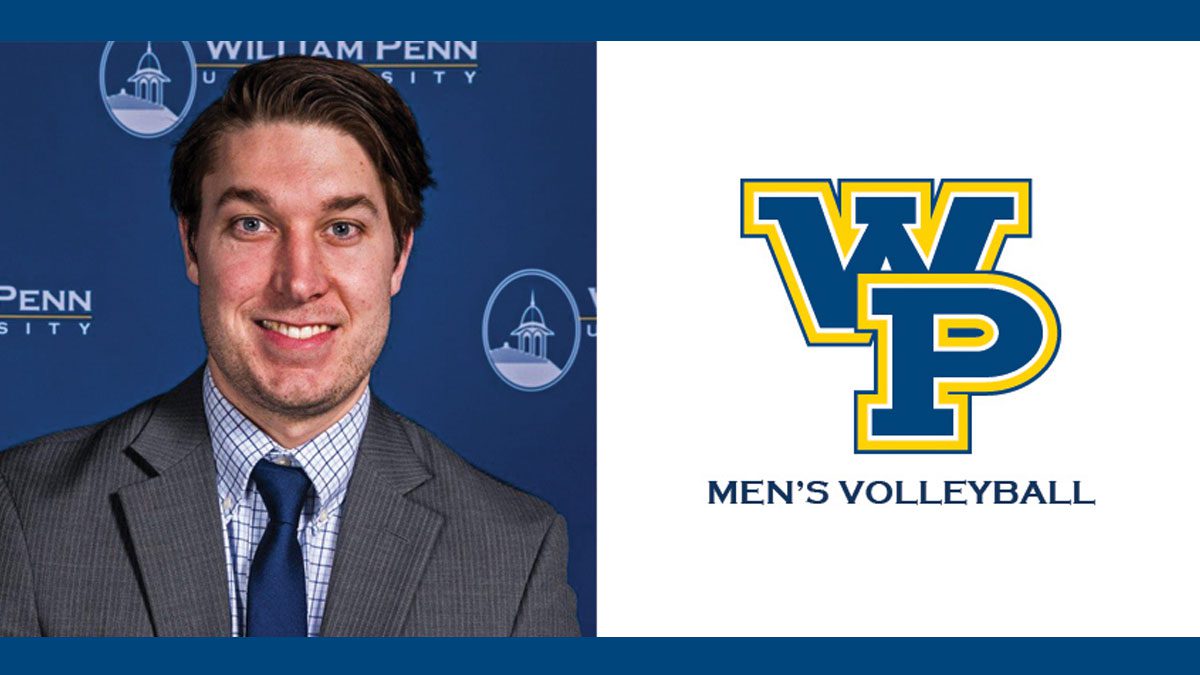 Bentley comes to WPU from fellow Heart of America Athletic Conference institution Clarke University where he served as an assistant men’s coach the past two seasons.  While at Clarke, he guided the Pride to a 32-27 overall record (11-9 Heart).  The team held a top-10 ranking in the NAIA in 2016-2017.

Bentley guided one player to All-America status, while three were first-team all-Heart selections.  Five others received either second-team or honorable-mention recognition.  One individual was also named Heart Attacker of the Year, while two garnered Defensive Player of the Year laurels.

“We are proud to have Luke Bentley as the first men’s volleyball coach at William Penn University,” Rule said.  “He has invested a lot of time into understanding the college game in the NAIA and the Heart of America Athletic Conference as his vision developed for the impact he could make as a coach. As he shared the future of his vision and how he believed it could impact William Penn University, it became very clear that he was the perfect fit.  We are excited about the future of this program under the leadership of Coach Bentley.”

Bentley was also the Head Girls’ Volleyball Coach at Maquoketa HS in 2017 and led two players to all-conference awards.

“I could not be more excited for the opportunity to lead the William Penn Men’s Volleyball program,” Bentley said.  “It is a very exciting time in collegiate men’s volleyball and to have a University like William Penn recognize that and take advantage of it means there are some great things going on here.  The entire athletic department, including Athletics Director Nik Rule, have been amazing since the beginning of this process.  It shows what a special place William Penn really is.”

A 2013 graduate of Manchester University (Ind.) with a degree in K-12 Health and Physical Education, Bentley also earned his Master’s of Education degree (concentration in Athletic Administration) from Central Methodist University in 2016.

Bentley was a student coach for the women’s team at Manchester from 2009-2013 and a graduate assistant coach with the Central Methodist women from 2015-2016.  During his tenure at CMU, the Eagles combined for a 62-16 record (36-6 in 2016), and he coached two first-team all-Heart performers in addition to three second-teamers and one all-region honoree.  CMU posted a 3.67 Team Grade Point Average in 2016 which ranked third in the NAIA.

“The hiring process for this position was very competitive; we were very impressed with the depth of candidates who applied, from head coaches of other NAIA and NCAA D-II programs, to top assistants at all levels,” Rule said.  “We were fortunate to have a group of finalists who were passionate about the sport and wanted to be a part of our family, and in the end Coach Bentley rose to the top as the right fit for WPU.”

Men’s volleyball is one of three new sports recently added to William Penn’s intercollegiate offerings.  The program will play its first matches in the 2019-2020 school year with 2018-2019 serving as a recruiting season for Bentley.  He will be expected to fill a varsity lineup in 2019-2020 and have both a varsity and JV squad by 2020-2021.

The NAIA currently does not sponsor men’s volleyball as a championship sport.  It is in invitational status (eight-team national tournament next week) with 34 schools offering it, including six in the Heart (Clarke, Culver-Stockton, Graceland, Grand View, Missouri Valley, and Mount Mercy).  Due to ample participation, the Heart does offer a conference championship.  The NAIA plans to have 40 teams to reach championship status.