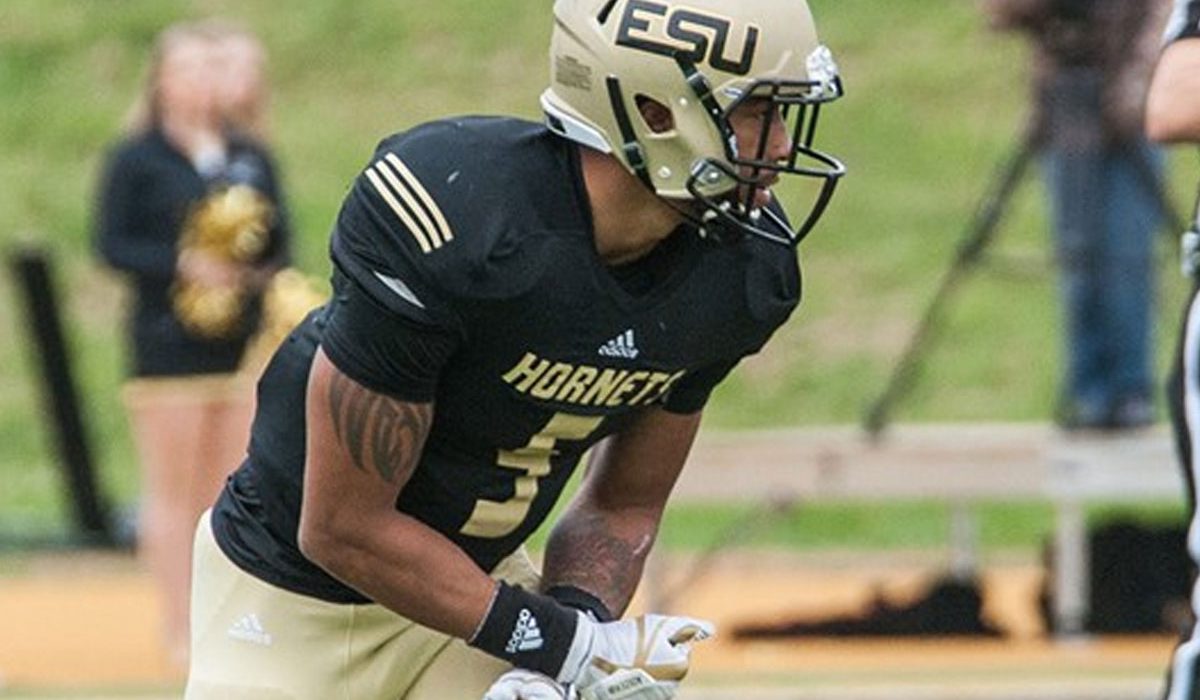 The summer is passing by and the new football season will be here soon. We take a look today at some of the Players to Watch in college football across Kansas for the 2018 season.

Alex Barnes, Kansas State, RB, Jr.
With a new lead signal caller on the way, Barnes may get his own number called early in the season. He picked up 5.6 yards per carry last year, and could be on the way to a 1,000-yard season this year, especially with consistency on the O-line as all five starters from last year are returning.

Marcus Brantley, Pittsburg State, S, Sr.
A former NJCAA All-American, Brantley took well to D-II. In his first season with the Gorillas, he was second on the team with 66 tackles and even recorded a sack. He forced two fumbles and recovered two, as well.

Jau’marl Clark, LB and Rhett Mizer, DB, Bethany, Seniors
If it’s not one, it’s the other. Both Clark and Mizer had at least 100 tackles last season – 100 and 101, respectively – and each forced two fumbles. They were consistent as well, as each had at least five games in which he put up double-digits in the tackles category.

Drew Cortez, St. Mary, QB, Sr.
21 different players had a reception for St. Mary in 2017. Not hard to imagine with a quarterback like Cortez who attempted 481 passes and compiled more than 3,600 passing yards. His 330.6 yards passing per game was third in the NAIA and he connected 24 times for touchdowns. Having him back for a final campaign improves the Spires’ outlook. Joe Dineen Jr., Kansas, LB, Sr.
Dineen may have seemed to be everywhere on defense last year, but he had to be. His 137 tackles was almost double the total of the next Jayhawk on the list, and 93 were solo tackles (7.6 per game was tops in D-I). Also, Dineen made his way into opponents’ backfields with frequency, compiling 25.0 tackles-for-loss.

Donny Ebanks, Southwestern, WR, Sr.
The Moundbuilders have an offense that is one the rise. Ebanks could factor big in it as he picks up a lot of yards with each catch. Last season, he racked 18.5 yards per reception, leading the team in receiving yards (519) and receiving TDs (7).

Mackenzie Evans, Friends, DB, Sr.
Evans stepped up his game significantly as a junior. In addition to recording two tackles-for-loss, the DB had six picks in’17, including a record-setting performance against Bethany, in which he grabbed four interceptions and returned one for a score.

Jackson Goodmiller, Ottawa, WR, Sr.
A two-sport star for the Braves, Goodmiller comes off the baseball diamond, where he hit .319 in 2018, and heads back to the gridiron to try to follow up a season in which he led the Bulldogs in receptions (51), receiving yards (527) and receiving touchdowns (8).

Ryan Huerta, MidAmerica Nazarene, LB, Sr.
The linebacking corps should be strong for the Pioneers in 2018. Huerta comes in off a season in which he led his team in tackles with 98, of those 12.0 tackles-for-loss, and he forced a pair of fumbles which he recovered.

Ejay Johnson, Benedictine, RB, Sr.
Johnson led the way for a tough-to-stop Ravens’ rushing attack. Benedictine was one of only four NAIA teams to collect more than 3,000 yards on the ground and Johnson accounted for 1,398 of them, and was consistently good as he topped the century mark nine times in 12 games.

Derrick McGreevy, Washburn, LB, Sr.
Plays that went McGreevy’s direction generally didn’t go far. As a junior, he had 131 tackles last season, which included 8.5 tackles-for-loss and 2.5 sacks. He leads a strong defense that in 2017 helped the Ichabods to the postseason and a bowl win.

Jacob Mezera, Fort Hays State, QB, Sr.
If the Tigers are able to duplicate the feat of making it unscathed through the MIAA regular season, Mezera will need to continue to put up solid numbers. He threw 23 TD passes and his accuracy is a big point, completing 65.7 percent of his passes in 2017 and had a 70-plus completion percentage in six games. Trenton Poe-Evans, Kansas Wesleyan, TE, Jr.
As a tight end, Poe-Evans led his team in receiving in 2017 with 48 receptions and gained 845 receiving yards. He hauled in 16 TD catches and ran in a score, as well, to lead the KCAC in touchdowns scored.

James Reeder, Ottawa, RB, So.
Another two-sport star, Reeder is a member of both the Braves’ football team and track and field team. The sophomore can use his sprinting and hurdling skills on the football field and did so last season to the tune of 976 rushing yards, 115 receiving yards and a pair of rushing TDs. His stock is looking only to rise.

Tyshown Simon, Bethel, RB, Sr.
Wichita Heights’ Terry Harrison takes the reigns as the new head coach for the Threshers and has some weapons left in the arsenal from the previous team. Tyshown Simon is one of them. Simon’s numbers were down last season from the year before, and looks to help rebuild the offensive attack.

Evan Sprayberry, Tabor, DL, Sr.
More than 36 percent of Sprayberry’s tackles in 2017 were tackles-for-loss. An incredible percentage for a player third on his team in overall tackles. His 22.0 TFL led the NAIA in 2017 and he also had 10.0 sacks to go with three forced fumbles and four recoveries

Darryl Terrell, Sterling, WR, Jr.
Terrell was named the KCAC Offensive Player of the Year in 2017, leading the league in both receptions and receiving yards. He had five receiving TDs, but also matched that number with five rushing TDs for the Warriors.

J.D. Woods, Baker, RB, So.
As a freshman, Woods took the Heart of America honor as Offensive Player of the Year, rushing for 1,618 yards and 25 touchdowns. He hauled in a pair of receiving TDs, too. Woods had eight games of 100-plus yards, two of 200-plus and racked 313 rushing yards against Central Methodist. A tough playoff loss could be the impetus for another strong season this year.