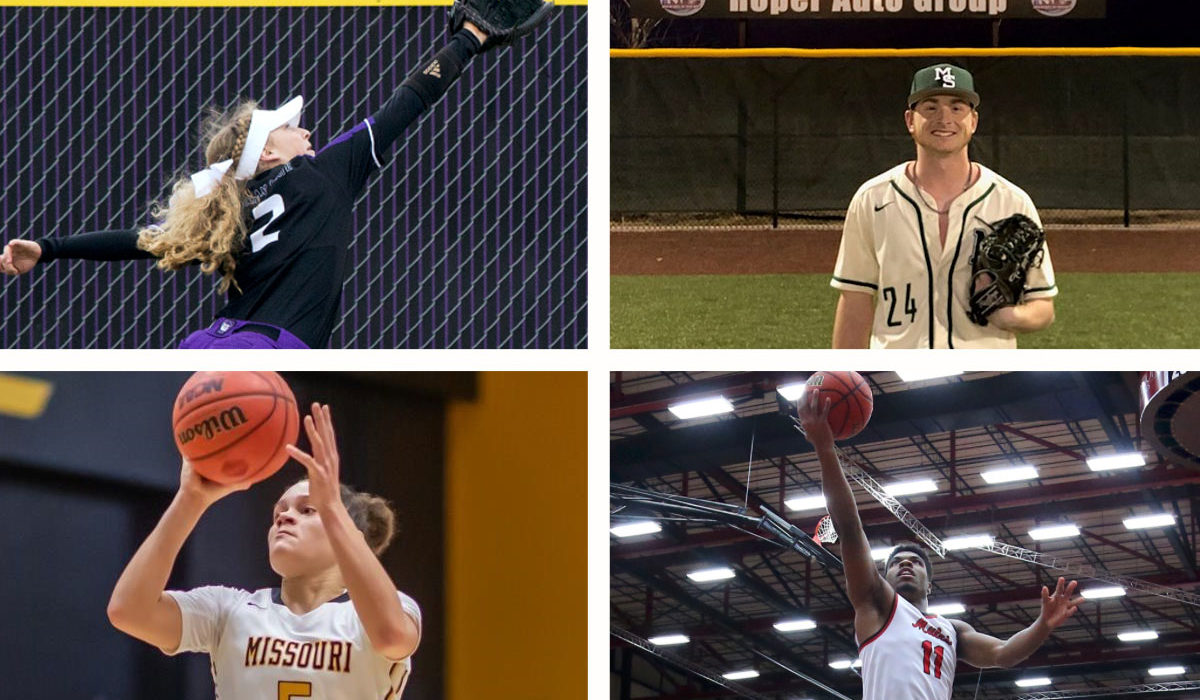 The senior is helping her team get started right in her final campaign. The Bulldogs are 4-0 and Reisinger is leading the way on offense. Last week, she hit .800 with a slugging percentage of 1.400 and on-base percentage of .818 going 3-for-4, 3-for-3 and 2-for-3 in three outings. She had three doubles, one homer, four RBI, six stolen bases and crossed the plate six times.

Roenfeldt came close to averaging a double-double with 26 points and nine rebounds per game as the Griffons split last week. She shot 54 percent from long distance and put in 29 points against ranked Central Missouri.

Perfect. It’s a word that Bausinger will always have with his name in the MSSU record book. The junior is the first Lion pitcher to throw a perfect game in program history. His teammates gave him nine runs for support, but he needed only one, sitting down 27 consecutive Washburn batters for a 9-0 win in the MIAA/GLVC Challenge.

Kinsey averaged a double-double for the week, with 17.5 points and 10 boards per contest. He shot 50 percent from the floor and 67 percent (8-of-12) outside the arc. The highlight for the Kinsey was once again knocking down a buzzer-beating shot to win the game. He banked in a three-pointer at the horn to give the Mules a 59-56 win over Missouri Western, after having put in the winner over Emporia State the week before.