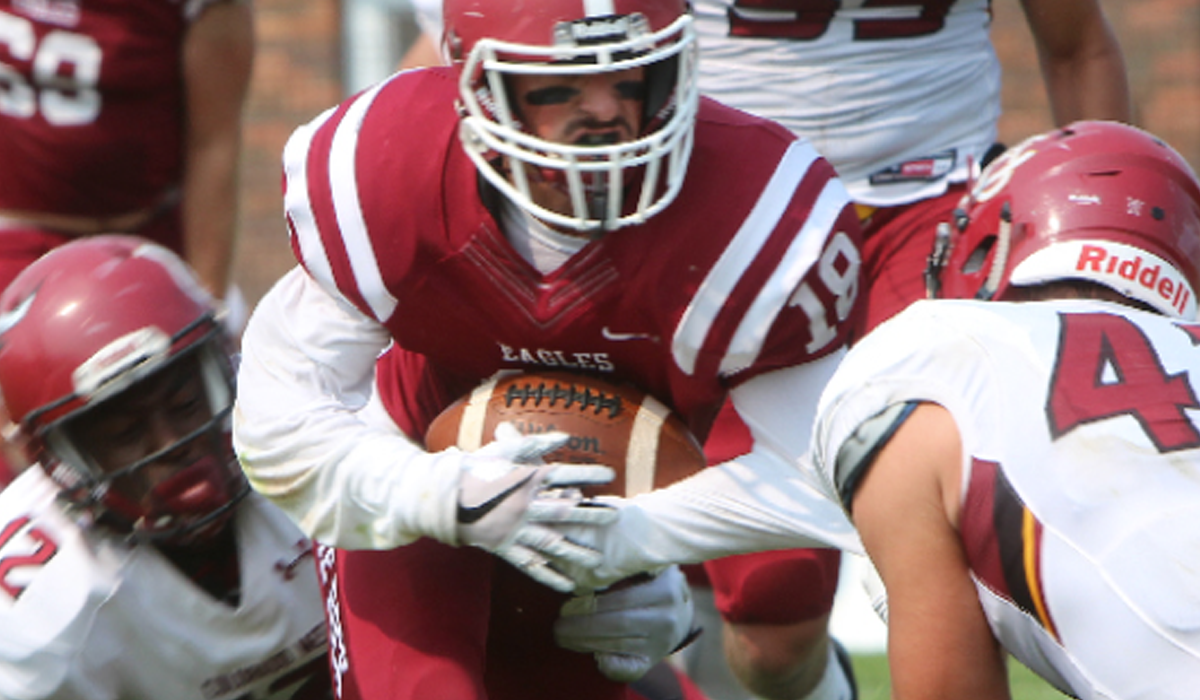 Justin Barnes, Peru State, S, Sr.
Barnes can get to the ball quickly. The senior led the Bobcats in tackles and interceptions in 2017. Peru State will need him to continue to excel to help a defense that was last in the Heart of America Conference last season in pass defense.

Chayton Crow, Doane, DB, Sr.
Crow was second in the GPAC in tackles per game (8.7) and had a pair of interceptions last season. A former sprinter, Crow has the speed to cover a lot of territory in the secondary.

Jackson Dickerson, Chadron State
An all-around offensive threat, Dickerson was the go-to receiver for the Eagles last season. He hauled in 78 catches and put up nearly 800 receiving yards.

Stanley Morgan, Nebraska, WR, Sr.
Morgan could be the Huskers’ first 1,000-yard receiver. He broke a 45-year-old record last season with 986 receiving yards – a record, by the way, previously held by Johnny Rodgers. Under new head coach Scott Frost, 1,000 receiving yards in a season seems reasonable for Morgan to attain.

Lane Napier, Concordia, LB, Fr.
Napier has made is presence known in the GPAC quickly. He led the league in tackles (97) and had 8.0 tackles-for-loss, as well as a sack and a forced fumble.

Payton Nelson, Midland, QB, So.
Nelson’s productivity grew as his freshman season went on. If he takes the starting role in 2018, it will be interesting to see his continued growth under the tutelage of assistant coach Eric Crouch.

Sal Silvio, Nebraska-Kearney, LB, Jr.
Silvio is the type of player opposing offenses have to plan around. He led the Lopers in tackles (81), tackles-for-loss (13.5), to go with two forced fumbles, two fumble recoveries, 2.5 sacks and an interception.

Layne Sullivan, Wayne State, WR, Sr.
Much of the offensive production from 2017 was lost to graduation. Sullivan is a returnee with solid numbers coming in, who can build on those for this year.

Shaka Taylor, Nebraska Wesleyan, RB, Sr.
It is a pretty impressive thing to lead a team in both rushing and receiving yards. It is even more the case to do so putting up 1,000 rushing yards along the way. Taylor did that last season for the Prairie Wolves. When NWU was on offense, just look for No. 34 as he touched the ball on 273 of 807 offensive plays. And he’s back for another year.

Tahj Willingham, Hastings, RB, Sr.
Willingham topped the century mark in rushing yards in nine of 11 contests last year and did it averaging 6.2 yards per carry and scoring 18 touchdowns.