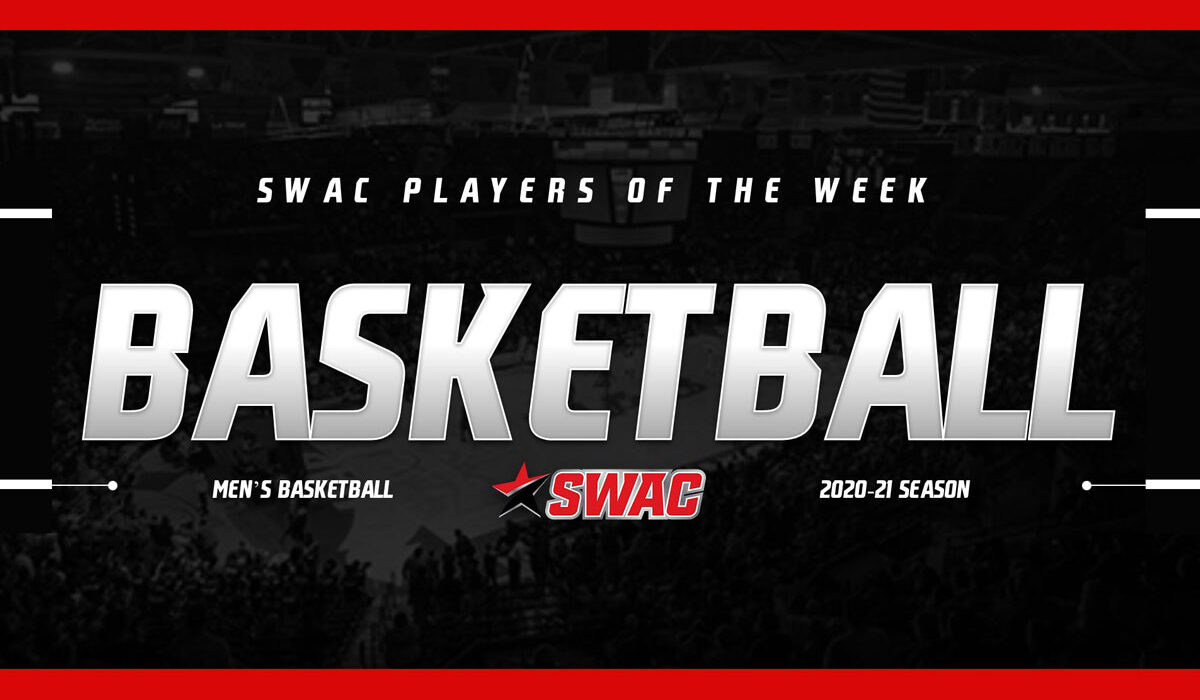 BIRMINGHAM, Ala. – The Southwestern Athletic Conference has named Alabama A&M’s Jalen Johnson and Texas Southern’s Michael Weathers its SWAC Men’s Basketball Co-Players of the Week for outstanding performances during the opening week of competition.

Johnson (Indiana, Ind.) delivered an outstanding season opening performance as Alabama A&M defeated Samford in the final seconds 78-76. In 28 minutes of work he recorded career-highs of 28 points on 13-of-17 shooting along with collecting seven rebounds.

Weathers (Roeland Park, Kansas) led TSU in scoring (14.7 ppg) over a three-game span as the Tigers capped off the week with a comeback win over Wyoming in which he scored 15 of his 21 points in the second half. The senior guard also led TSU for the past three games in field goals made (19), rebounds (7.7) and steals (2.0). He finished one rebound short of a double-double in his TSU debut at Washington State and has scored in double digits while collecting seven or more rebounds in all three games.