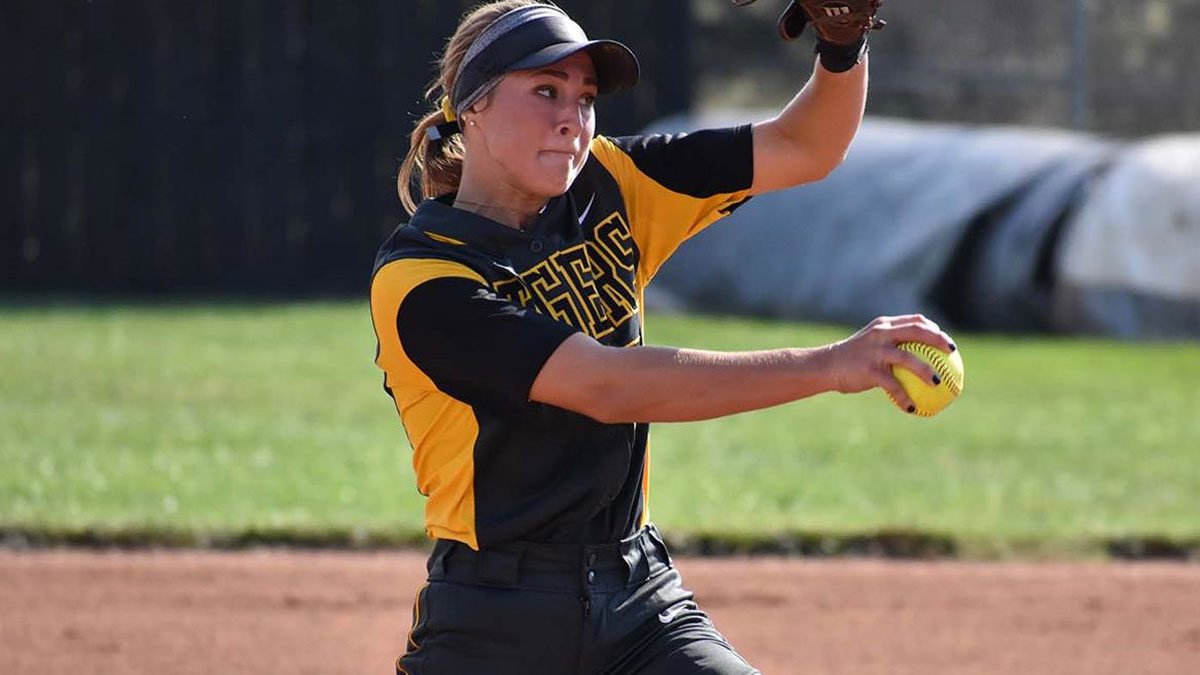 Sierra Rodriguez turned in another strong pitching effort for the Tigers in the circle, going five innings before running into trouble in the sixth. She held the Bearcats scoreless through the first five frames as the Tigers clung to a 1-0 lead, but a pair of singles she yielded to open the sixth eventually scored and gave SBU a 2-1 lead. Rodriguez turned the ball over to Megan Jamison, who got out of the sixth with a hit and walk allowed.

A dropped pop up on the infield to open the second inning led to Fort Hays State’s only run through the first five innings. Rodriguez helped her own cause by lacing a double to the left center gap to score Veronica Knittig.

After being charged with the two runs allowed to SBU in the sixth, Rodriguez kept herself from accumulating a loss by drilling a two-out RBI double to dead center over the head of the fielder. Hailey Chapman came in to run for Rodriguez, advanced to third on a wild pitch, then scored on an RBI single up the middle that Grace Philop beat out just barely at first base.

With the Tigers in front 3-2, Chapman took the ball in the circle to get the final three outs. She worked a 1-2-3 inning with a strikeout to earn her fourth save of the season. Benefitting from the Tigers taking the lead while being in the circle, Jamison earned her first win of the season. Rodriguez finished her 5.0 innings of work to open the game with three strikeouts, while yielding two runs (one earned) on eight hits.

Fresh off her save in Game 1, Hailey Chapman went the distance in the circle for the Tigers in Game 2 and did not allow an earned run. With the exception of a throwing error in the sixth inning that allowed Southwest Baptist’s only two runs to score (both unearned), Chapman held SBU to just four hits and struck out seven. She held the Bearcats hitless through the first 3.1 innings and allowed only two hits up through 5.1 innings of play.

The Tigers did all of their damage in the first inning against struggling starter Hunter Middleton. Middleton retired only one Tiger before having to turn the ball over to reliever Kaylee Schmidli. Bailey Boxberger put the first run on the board with a bases loaded RBI single. Two batters later Sara Breckbill drilled a ball up the middle for a two-RBI single. After Veronica Knittig was hit by a pitch to load the bases, Tess Gray lined a single to center field to make it 4-0.

Schmidli settled in for SBU and held the Tigers scoreless for the remaining 5.2 innings, but the damage was too much for SBU to recover. Schmidli scattered seven hits and walked one, while striking out three.

The Tigers head on the road in MIAA play next weekend, traveling to Missouri Southern and Pittsburg State.