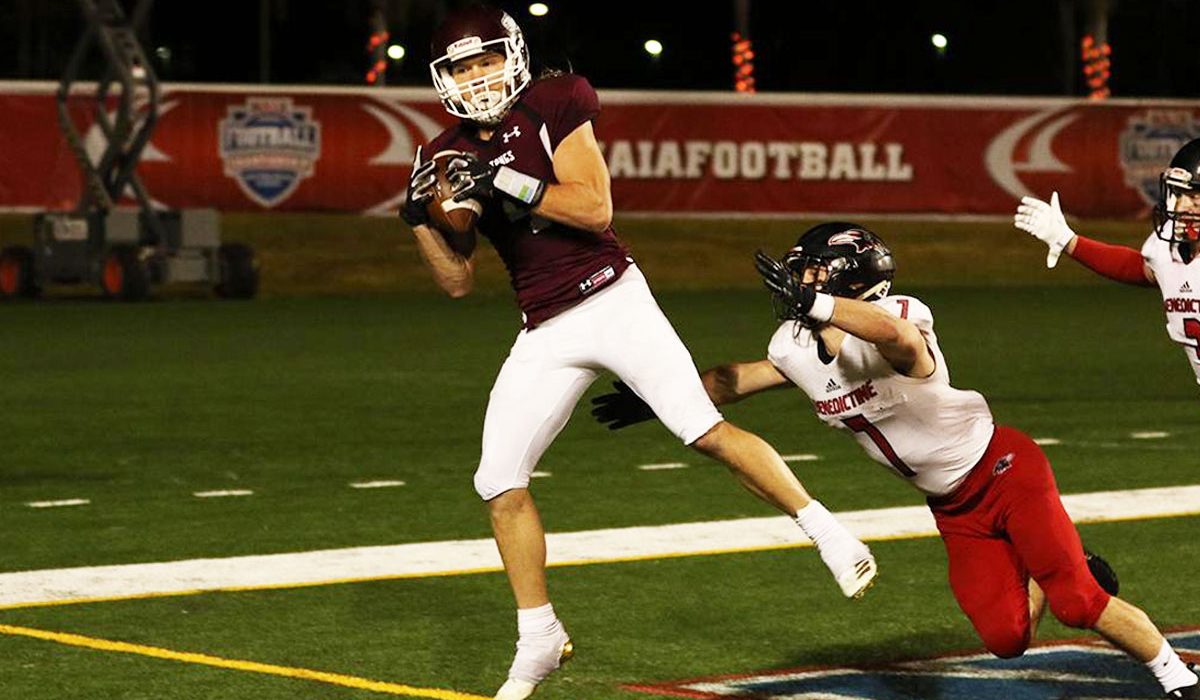 We’re hoping there will be plenty of football to talk about in 2020. In the mean time, here are the top small college football programs in the Midwest during the previous decade.

T-10. Henderson State Reddies (82-31), Ouachita Tigers (82-28), Pittsburg State Gorillas (82-25)
Fitting and ironic.
It is fitting that Pitt State would be on this list. The Gorillas are at the top of the list for Division II programs in wins all-time (719), and won a national championship in this decade, as well (2011).
And it is ironic that two bitter rivals whose campuses are separated by mere feet would have won the same amount of games in the last 10 years. Those two teams have won eight of the nine Great American Conference championships since the inception of the league – Henderson State has won three and Ouachita has five, including the last three.

9. Harding Bisons (87-31)
The Bisons grind it out on the ground year after year and keep picking up wins. Harding won the only GAC title that Henderson State and Ouachita didn’t and finished second six times in the last eight years. And despite winning only one league championship in the last four seasons, the Bisons have been to the playoffs in each of those years.

8. Wartburg Knights (90-22)
Wartburg has won the IIAC/A-R-C title six time in the last 10 years. The Knights put up four double-digit seasons and are tough to beat at Walston-Hoover Stadium, where they went 49-7 during the decade.

7. Baker Wildcats (94-26)
Since the Heart of America split into two divisions in 2015, Baker has won four outright titles and shared the other. The Wildcats are perennial playoff contenders and have made the postseason seven of the last eight seasons. Baker has double-digit wins in four of the last seven years.

T.-5. Wheaton Thunder (95-17)
The Thunder have the second-fewest losses during this stretch and only seven of them came at home. Wheaton is an impressive 7-4 against North Central in this decade, a team ahead of them on this list, including their lone matchup in the playoffs.

4. Grand View Vikings (96-25)
The program has been around for only 12 seasons and 11 of them have shown winning records. The Vikings have made the playoffs eight of the last nine years, including a current seven-year streak, and already have a national championship to the program’s credit (2013).

3. North Central Cardinals (104-18)
The Cardinals won or shared seven CCIW championships in the last 10 years and in a twist won a national championship in 2019 without winning the league. It took until the end of the decade for the Cardinals to break through, but they did make the D-III playoffs eight times in 10 seasons and won 16 postseason games.

2. Morningside Mustangs (116-14)
Although Morningside is second in total wins for the decade, it does have the best winning percentage during the span (.892). The Mustangs closed out the 2010’s on a 30-game win streak with two national championships. Morningside doesn’t just win, it keeps teams away at a distance, scoring more than 50 points a game for six years (2014-2019) and counting. The Mustangs posted double-digit win totals in nine of 10 seasons and made the postseason each year.

1. Northwest Missouri State Bearcats (119-18)
The MIAA is known as the most dominant conference in Division II and the Bearcats have dominated that conference this decade – they won or shared seven league titles and lost only 10 MIAA contests in 10 seasons. Northwest racked up more than 100 more wins than losses in the past 10 years and three national championships to go with that – the fourth, fifth and sixth championships overall for the program.