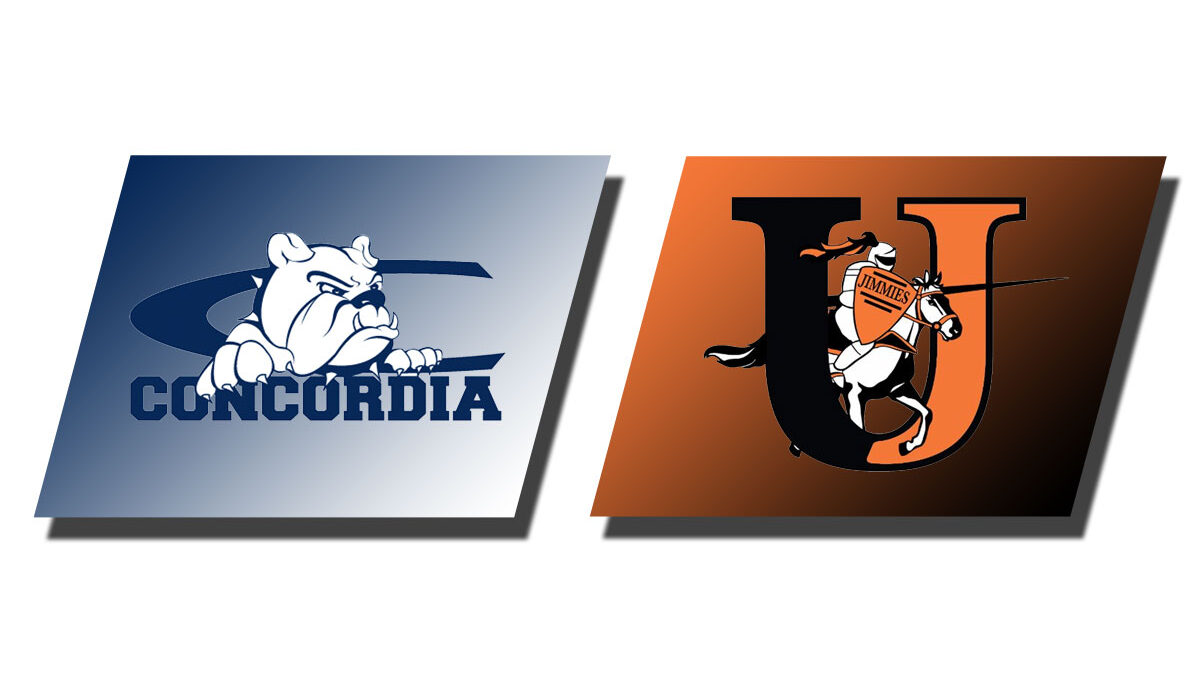 JAMESTOWN – Two of the top men’s basketball teams in the GPAC needed extra time to settle things in Jamestown on Friday night.

Concordia led by 17 in the first half and by 13 in the second half, but Jamestown rallied to earn its 10th victory of the season, winning 89-87 in overtime.

But back-to-back three-pointers by Jack Talley and Mark Tjos kept the Jimmies (10-3, 6-2 GPAC) close. Mason Walters’ made a basket just before the break to get Jamestown to within a single-digit deficit.

Walters came alive in the second half, scoring 11 of the Jimmies’ first 15 points and the rally was on. His two free throws in the closing seconds sent the game to OT.

Walters scored the first three points of overtime as the Jimmies never trailed in the extra session.

Walters finished the night with a career-high 38 points, with 22 of them coming in the second half. Cole Woodford put in 14 for Jamestown.

Concordia was led by Carter Kent, who notched a team-high 17 points. Klay Uher scored 15 and Gage Smith had 14 points.

The Bulldogs are off until after Christmas and travel to Peru State on Dec. 30 for a non-conference matchup.

Jamestown next plays in 2021, hosting Hastings on Jan. 2.